Christmas Eve in Quarantine in Namibia

In August Paul preached over Zoom to a church in Pakistan. We began to be flooded with “friend requests” on Facebook. We got hundreds, and then thousands! It was hard to deal with them all. Paul tended to say “yes” to most of them, to edify or win them. I was picky and tried to read their profiles and make sure they were OK.

If we accepted them, many wanted to talk on Facebook Messenger. It was too much! Hundreds of messages, mostly from people we didn’t know, and many were hard to understand. But we tried. We spent hours on there, though we’re not usually Facebook junkies, especially Paul. Some of the people invited him to preach for their churches. He prayed and asked the Lord where he should go, if he should go, when, and how. He got guidance to DRIVE to Kenya, and be with several pastors and other ministries, and then go on to Uganda to be with a good many more pastors.

All but one of the pastors worked out! Paul had to use a translator a lot, which is different from South Africa, but still we had good meetings. We saw people come to profess faith in Christ. We loved meeting the pastors, and many other people. One pastor told the people, “I met this man on Facebook, and he chose me for his friend!” with so much emotion. I instantly felt so guilty for the people I had deleted. It meant more than we knew.

One pastor, Pastor Jonathan near Kampala, was beat up, perhaps because of being with us. A group of men broke into his home yelling, “Where is the money?” Maybe they assumed we had given him money. They cracked the bone in his forehead with a thick hoe. He was in a coma for over 24 hours, until the doctor operated to relieve the bleeding on the brain. We went to see him the last morning before we left Uganda and were so thankful that he could see a little, and recognize us, and was thanking God for sparing his life.

Another pastor had the most enthusiastic church worship team we have ever seen. It was good and inspiring to be with them in Kamuli, and again at a more rural church. We learned that we do like savory bananas for breakfast, though I didn't get the recipe. 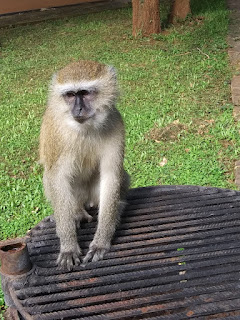 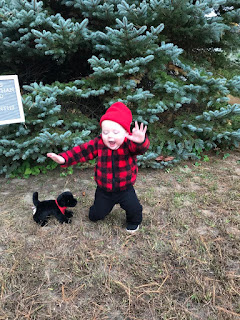 I'm sticking in a "surfer dude" picture of our Grandson Cyrus and a monkey to give some comic relief, and a dose of sweetness.

When we stayed with Lois, we visited a few of her “sons’” churches and saw people we had met back in 2018. Only one is not going on with the Lord, but the others press onward, leading churches, managing a children’s home, and planting new churches.

We had many little crises which kept throwing us back on the Lord. One time a police lady kept my driver’s license after a police check in Kenya. It was quite a procedure to go through all the hoops, and we drove away without noticing she kept my license. I slumped down for a nap, tired from the ordeal, while Paul struggled with the traffic of driving through Eldoret.

As I woke up, I was reliving the whole annoying police episode in my mind, when I suddenly realized she hadn’t given me back my license. We were like 5000 miles from home! NOT a good time to be without a license. I was panicking. And praying! And calming, then thinking, and beginning to panic again. It was a long, slow hour of driving back through Eldoret to try to get it back.

We finally got there, and the police lady was gone from her post. Others kept pointing until we found her. She immediately called out, “You forgot your license.” I didn’t trust myself to speak, but then she said, “I’m so sorry I didn’t get it back.” It’s amazing how an apology takes all the sting out of the mistake! It was “above and beyond” what I expected, and I’m so grateful. I got my license back, and I didn’t say anything wrong! I was grateful for both.

That same day we had a scheduling glitch with our next appointment being impossibly far to make it to on time. We couldn’t get the pastor on Facebook or on the phone. Paul was driving, I was checking the maps, looking for a plan, and we prayed. Then I got the idea to call Gideon, one of Lois’s “boys” who is nearly my age, and ask him for help. He sorted us out in about two sentences! We were heading the wrong way, and the right way was much closer! And also closer to the Ugandan border where we needed to be the next day! We were so grateful!

While we were near Nairobi, we took the Jeep in to be repaired. The place had no parts for a Jeep, but they told us we needed a new cap on the radiator. From the time they looked at it, we began to have problems with that radiator. About the third day, it boiled over three times, leaving us on the side of the road or the middle of the intersection until it cooled! We prayed, poured water, and tried to make it to our appointments. It was a rough day, though we had two really good meetings.

After the second meeting, five o’clock was approaching fast and we began to hunt for a new radiator cap. We had been told we’d have to import one from a Jeep distributor in another country. We prayed and stopped to ask at a Toyota place if they knew what to do. They sent us to a parts place back in the thick of traffic. There we found a radiator cap that did the job! We haven’t had another over-heating situation since! We thanked the Lord!

Another little scare was when Paul started getting sick. No!!!! That is not allowed in this Covid era! Even the sniffles make everyone nervous. And one of his symptoms was feeling gaspy for air. That’s scary on the wife. It turned out to be a cold, which meant days of low appetite, low energy, and those sniffles. We are learning he cannot over-do with impunity. Gradually he got his energy back. He never missed a meeting, but he left one early to get to bed.

God is good! He is faithful! And He tells us to talk of all His wondrous ways! So that’s what I’m trying to do, share some of what He brought us through.

“Who can utter the mighty acts of God? Who can show forth all his praise?” Psalm 106:2 I’m mentioning a few little things, but the big important things are more hidden. “The Kingdom of God cometh not with observation.” Luke 17:20.

We saw people come forward to make professions of faith, and heard prayers prayed. I wondered sometimes why it was Paul who had to come so far. Was he the only one who could do these things? I think almost every pastor we worked with commented on his strength and continued service for the Lord at age 72. Was this what the Lord wanted people to see? So much goes on that we don’t have a clue about. We don’t know all that went on for the Kingdom, but we like what we know.

So now we’re on the return journey. We got a Covid test in Kampala, and headed south into Tanzania after the negative result came back. We had a few adventures in Tanzania, praying each night to find accommodation, and the Lord leading us to places night after night. Our GPS failed us a bit in Tanzania, taking us in exactly the wrong direction, with some idea of going through Kigali, Rwanda to get to Dodoma! It was disheartening when we learned how much time we had lost (about 2 hours), and after that we didn’t trust our GyPSy so much.

When we got to the border of Namibia this morning, we had hopes of quickly getting across the border and buzzing along toward Cape Town. We did the Zambia exit without too much trouble, but immediately on the Namibian side we had a problem. Our Covid tests were more than 72 hours old, and we had to get fresh ones. They told us it might take EIGHT days because of Christmas and the weekend, to get results back!

Finally we learned of a private option that should be much quicker. We got the test this morning, and hope to get the results on Christmas day. Until then, we wait in a hotel room, getting caught up on our blog, letters, and other work while we wait.

I wanted to cry as we began to realize how delayed we were going to be. We had hoped to come squeaking into Cape Town Christmas night, but now we might not even be able to start that way. I prayed one of those profound prayers that our Lord must hear a lot, “Help, Lord!” and the tears went away. He took the sting out of the disappointment.

Both of us confided to each other this morning, that the moment we felt the air conditioning in our room was the moment we thought we could last two days and two nights while we wait for that negative test. The heat is intense with very high humidity, so A/C felt like a necessity. 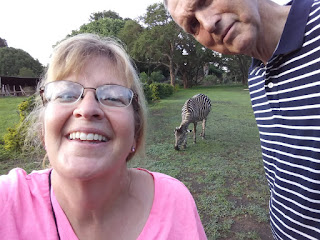 Pictures below: 1. A truck crash involving 3 semi's that cost us 2 hours, but was a great place to pass out tracts. 2. The statue commemerating the completion of the whole Bible translated into Gweru. 3. Paul looking pale. :-) 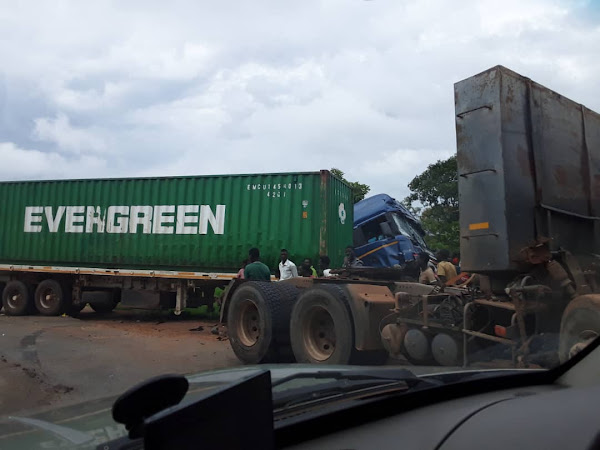 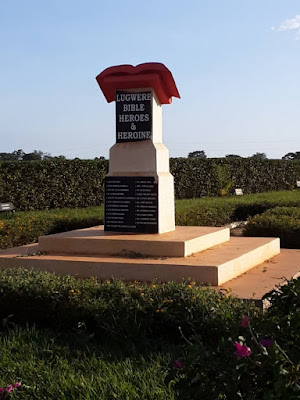 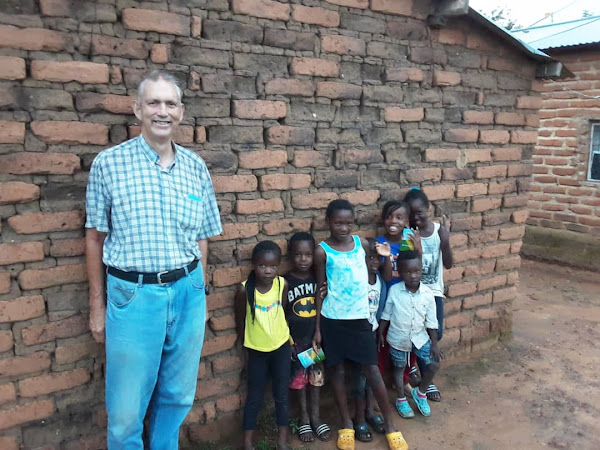 Posted by Paul and Vicki Young at 3:08 PM