We thought some might be interested in the story of the Biblical Cyrus, who inspired our Cyrus's name.  Also it's a good excuse to share more baby pictures.  I asked Tim to write it, since he's our history buff.

He doesn't answer the why of his name, but his name was chosen for the blessings and good things said about Cyrus in the Bible, and for the good that he did. 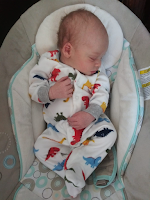 Who was Cyrus? According to the generally accepted histories, this is his story.

Cyrus’ story begins with his grandfather dreaming that a great flood would come and overrun the whole land of Media and that it had to do with his daughter.  Being a somewhat more principled man than others who had heard of possibly prophesied usurper relatives, he had her married off in to the ruler kingdom/satrapy of Persia.  This settled the man’s nerves for a while, but then he had another dream.  Again the land was overrun, and it seemed linked to his daughter.  This was too much.  So he had her brought home, to try and deal with her son, as soon as he was born.  He went to someone he thought, ‘would just follow orders’ and instructed him to go and steal his grandson, take the boy to his own home, and then kill him.  The grandfather had the generosity to say that the officer could do it how he wanted.

The officer, being aware of the royal will, went and stole the boy, and took him to his home as ordered.  Then he called for a shepherd.  But he did not want to ‘just follow orders’ because he was aware that the daughter, whose son he had stolen, might become the ruler, and she would surely give someone else orders.  So he instead had the very scared shepherd take the boy to the mountains, with orders to kill him.  The officer had come to the conclusion that as long as he did not kill Cyrus, Magane (Cyrus’ mother) would not kill him.  In my opinion the officer had a low opinion of Magane’s intelligence and capacity for revenge.

The shepherd arrived in the mountains to discover that his pregnant wife’s baby had died while he was gone and she was giving birth.  He had been very scared when ordered to come, and it is suggested that she had been so afraid that it had been one of the reasons the baby died.  The shepherd now returned and just knew what he had been ordered, but his wife made sure that he did not obey orders, and instead they used their dead baby to fool the messenger sent to confirm the murder.  So Cyrus lived, the shepherd and his wife were happy, the officer and his wife were happy, and the scared grandfather was happy.  Magane was not happy, but she eventually just returned to Persia.

Ten years passed and Cyrus was showing all the marks of being special.  Then a noble’s son went out to the countryside to play with the peasant boys.  This was a mistake and what might be called the inciting incident to Cyrus’ rise to power.  The boys were playing king, and Cyrus was the king.  He ordered the noblemen’s son to do something, and when he was disobeyed, beat the noblemen’s son.  This of course had them in a fuss, so the nobleman himself went to the king for justice.  Presumably, this is because those peasants were directly under the king’s protection, though this section is unclear in the version I read.

The ten year-old Cyrus was then brought before the king and he impressed him enough that the king looked more closely into the matter, until it was revealed that he was the boy meant to be killed.  Did the king kill him?  No, his wisemen and soothsayers said that now that the boy had played at being king, the prophesies were fulfilled.  So the king had him welcomed into the fold and reunited with his mother.  Then he killed the officer’s son, and tricked the officer into eating his own son.  I retract my earlier comment about the grandfather being principled.

Cyrus though, according to accounts, grew up as a good mix of Median and Persian ideals, learning how to be honest, tough, and also how to survive in his father’s and grandfather’s courts.  After a few years of growing up, the officer who had been forced to practice involuntary cannibalism, planned for long term revenge, and began inciting Cyrus to take the throne, which he did. 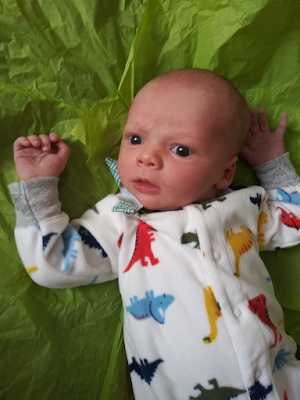 There was another king, the king of Lydia, Croesus (who has his own extensive backstory) who decided to invade and fight against Cyrus.  He came to restore the grandfather to the throne, and perhaps also to expand his own territory at the expense of the king he came to rescue. He had a mathematician of some standing in his employment, which was a way of foreshadowing who would win.  After digging a new trench for the river Halys at the orders of the mathematician, the Lydian army was in Persian territory.

He engaged Cyrus in battle, and after a day of fighting, both armies stayed put in their camps, and then the Lydian king decided to go home, and come back to the campaign in the next year.  He retreated, and started to disband his troops, when he found that the Persians were upon him.  Gathering up a rushed-together army he attacked them, but Cyrus used his camels and that scared the Lydian horses, so that they ran though their own lines and forced Croesus’ army into the nearby city.  It was well fortified and seemed secure, being built with walls on a hill.  However, the rear of the hill was less carefully guarded because it was a nearly shear cliff.  Some soldiers went up and took the town, and the king with it and Cyrus was now master of two empires, or very near to it. 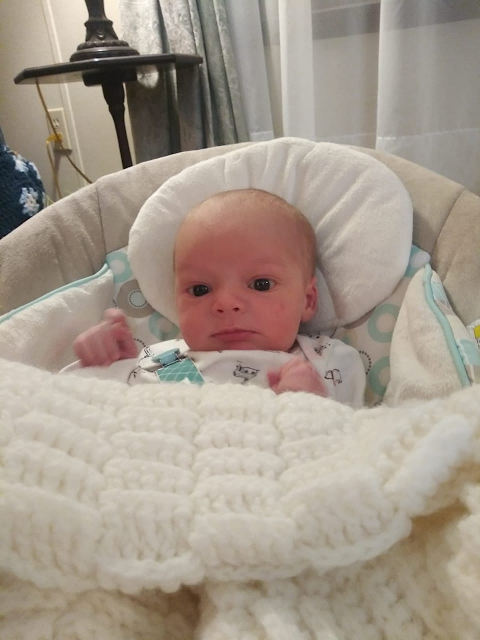 As he was leaving to subdue Babylon for himself, he discovered that Lydia and the governor he had appointed had revolted, so after dealing with that, placing the officer who had been forced to commit paternal cannibalism as the new governor, Cyrus came to deal with Babylon.  The city was considered perhaps the most impregnable of its time.  According to Herodotus the walls were over 300 feet high and 80 feet thick.  Except Cyrus invaded under the walls, after diverting the waterways, and was inside the walls, interrupting Beltshazzer’s feast.  Or at least that is what Herodotus says.  Here, I think it is better to ignore Herodotus and go with Daniel, as he is inspired and know that at least for a while that Cyrus was not involved with Babylon.  It is best to recall that Herodotus was inclined toward telling a ‘good’ story and that we know he entirely leaves out mention of Cyaxares who Xenophon discusses as a joint ruler with Cyrus for a while.  Which suggests an entirely different succession than the Herodotus viewpoint. 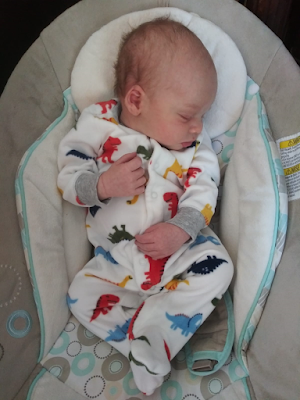 This brings to mind the words of a book referenced in a podcast, “The story of Persia…”  It also brings to mind a statement made by Jacob Abbott, “In a word, the real Cyrus is now a far less important personage to mankind than the Cyrus of Herodotus and Xenophon, and it is, accordingly, their story which the author proposes to relate in this volume.”

Some time after the uncertain events in Babylon, Cyrus allows the Jews to return from their exile in Babylon.  This is prophesied in Isaiah (44:28 and 45:1). This was prophesied in roughly 150 years before Cyrus was actually born and these passages Cyrus is described as ‘anointed one,’ a shepherd for Israel.   One who would have the foundation of the temple relaid, and have Jerusalem rebuilt, even though at the time of prophecy it had not been destroyed.

This is actually carried out as described in Ezra, Daniel,  and 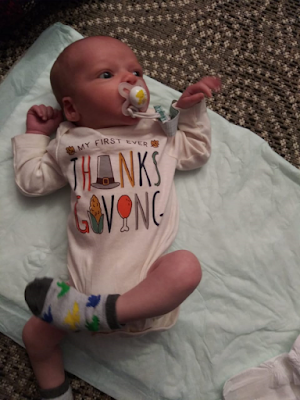 It is worth pausing on Cyrus, a gentile, being called a shepherd of Israel.  This is a much more exalted title then those who don’t know the Bible would guess.  Moses shepherded Israel, David shepherded Israel, and to hear that type of high language applied to a non-covenant member, is shocking.  Further, the same thing applies with the language of the ‘anointed one.’  The word for that is anglicized as Messiah.  And that is a very high title.

What was the end of Cyrus?  Some say he died peacefully in Susa.  In others he dies, fighting war elephants against the Indians and their allies.  Others (Herodotus) say that he fought a warrior queen of a barbarian nation in the north.  He loses, dies in battle and the warrior queen finds his body, and pours blood into his mouth, demonstrating her views that his war against her was unjust. 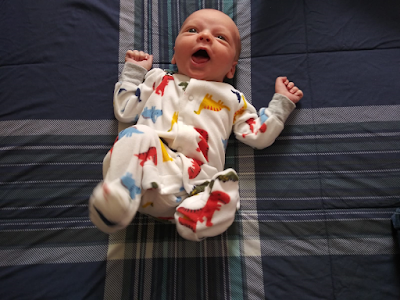 Something to remember is that Herodotus is a Greek playwright.  He was writing to entertain a specific audience and that audience was very pleased with him for showing them in a good light, and for the play over all.  That audience was Athens, and Athens of this time saw Persia as an enemy, and while Herodotus is showing the buildup of the Median Persian empire that nows threatens Greece, he is also painting their arguably best king as tragic figure corrupted by power, until he starts unjust wars and dies disgraced in an unjust war.

People then and people now take the facts, the rumors, and the opinions of their day and try to process them into their own worldview.  With Cyrus he is seen as the genius child, corrupted by the despotism to which he was raised to, or the child raised to the top of the empire he had built, and he died peaceably at the top of that empire.
So who was Cyrus? 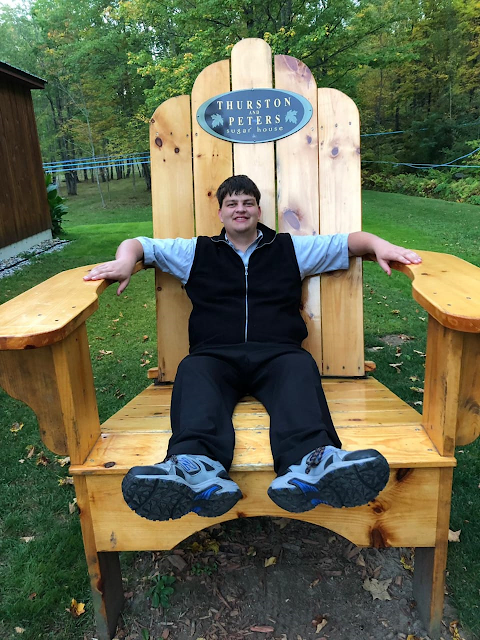 The author, our own Timothy P. Young.

Posted by Paul and Vicki Young at 1:50 AM

Email ThisBlogThis!Share to TwitterShare to FacebookShare to Pinterest
Labels: 2019, Cyrus