Today (May 31, '19) was our last dip into Lesotho, and Josh's first time.  His passport arrived Wednesday, but Thursday was a holiday in Lesotho so we didn't have any schools scheduled that side of the border.  Instead we had 2 in Ficksburg on the SA side.  Today we went back today for the last two schools.

The first school was super enthusiastic.  First they just started laughing when we arrived.  I think that was at the height of Paul and Josh.  Loud laughing.  But when they spoke to them, the kids responded positively to questions and were respectful.

I dashed to another nearby school while they were speaking to drop off some books.  Then we had about an hour before we needed to be at the second school.  Josh had found some dinosaur fossils online, and I realized they were right near this school, so we set out (without much hope on my part) to find them.

Subeng Dinosaur Footprints was there.  I'll share photos and our funny guides. 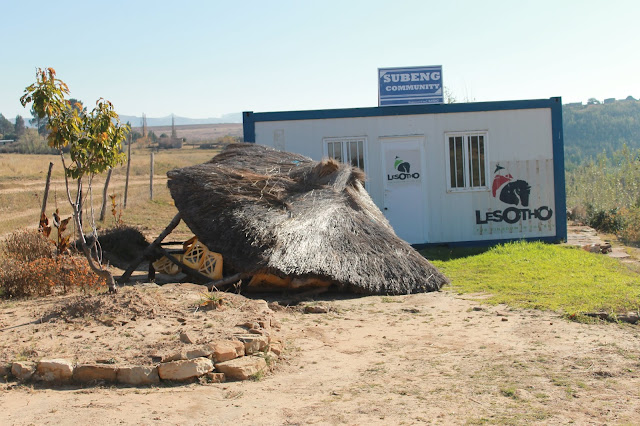 Things didn't look too promising at first.  Those yellow things under that hut are squished plastic chairs!  I hope no one was sitting there when the hut fell. 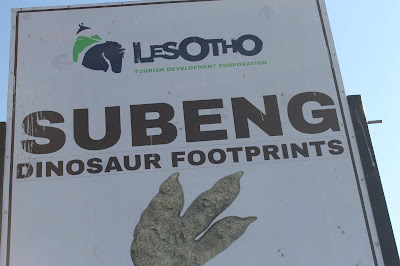 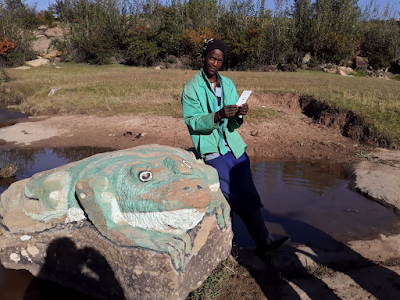 The brother of the guide had painted this rock and wanted an extra tip because now the frog needed repainting.  I suggested Paul's chalks but no one was excited about that little gem of an idea.  Paul gave them both tracts and the brother was studying his.  English is not his first language, but you never know where tracts go and what they can accomplish. 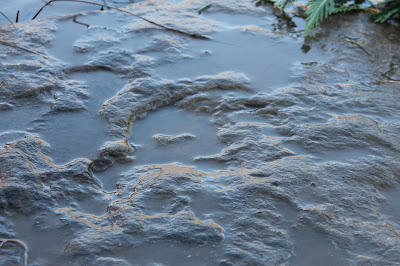 Do you see a footprint in there?  They were under water!  Our first guide swished the water and sediment away with a branch.  They said these had lasted for some millions of years, but they're not looking like they're going to last too much longer with the rain and the brushing and all.  Unbelievable.

Posted by Paul and Vicki Young at 9:12 PM